My identity as a person and as a Bhutanese 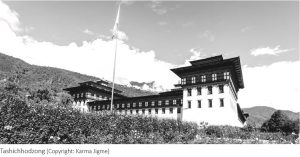