The launch of The Druk Journal 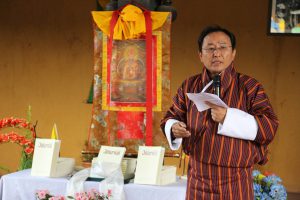 The Druk Journal was launched on 28th April 2015 on the occasion of Zhabdrung Kuchoe, with the inaugural issue on National Identity dedicated to the sixtieth birth anniversary of the Fourth Druk Gyalpo, His Majesty Jigme Singye Wangchuck. A diverse mix of participants including current and retired government officials, politicians, students, civil society members, expatriates, academics, educationists, journalists, among others, gathered at Simply Bhutan to participate in a lively discussion on nationhood and on what it means to be Bhutanese. 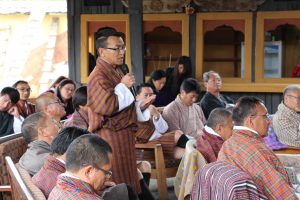 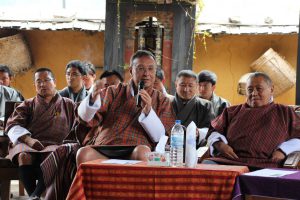 “We’ve made a lot of progress with culture”, says Lyonpo Om Pradhan. Citing examples of the gho and kira and our own Bhutanese films to show that Bhutanese culture is evident. 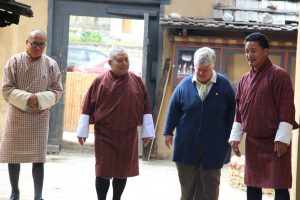 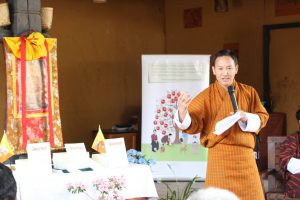 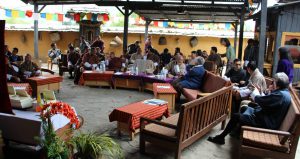 Thereafter, discussion on the Identity theme continued at a Conversation held on 28th July 2015, at Hotel Phuntsho Pelri. Participant feedback on the inaugural issue ranged from “thought-provoking” to “timely”, “challenged the way we think”, etc. Several people also asked how such important themes like identity can be spread amongst a population where reading is not a habit.